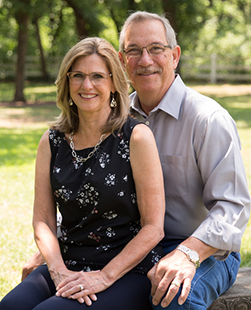 Jay Gustafson married the love of his life, Vicki, forty-five years ago on February 5, 1977. Together they raised three children and blessed five adorable and smart grandkids. Vicki and Jay are active church members. While at St. Barnabas United Methodist Church, they volunteered as leaders for small groups for a few years. Jay volunteered with the youth program, and Vicki helped with various positions. When they moved to Mansfield twenty years ago, they moved their membership to First Methodist Mansfield. They continue to serve the Lord through their volunteerism.

Jay began his forty-two-year career in law enforcement (LE) on June 4, 1979, at the Arlington Texas Police Department, where he served for close to 27 years.

As a police officer, he served in many different positions during Jay’s time. Patrol, Field Training Officer, SWAT Hostage Negotiator, Criminal Investigation Division: Auto Theft, Crimes Against Persons (Homicide). On June 4, 1988, he was promoted to Sergeant and served in the Patrol Division, School Resource, Burglary Unit, and Vice Unit. In addition, he donated his time to the peer support group, was active in the Arlington Police Association, was the President of the Arlington Police Rodeo Team, and worked with Santa Cops. Jay was a board member of his local Blue Knights Motorcycle International BK1 organization and was active in two other motorcycle groups, Harley Owners Group (HOG) and the United Methodist Motorcycle Enthusiast (UMME). He is now a member of the local Panther City Corvette Club.

Jay spent his last 11.5 years in law enforcement as a US Marshal Federal Court Security Officer. He retired from LE on June 4, 2021.

Jay has a bachelor’s degree in Criminology and Criminal Justice from the University of Texas at Arlington. He is a certified instructor for Texas Commission on Law Enforcement (TCOLE).

Jay now dedicates his time to helping Vicki at events where he brings a police-style approach that officers can relate to.